This is your chance to compete in your own multi-event Games tailored to your team.

With an extensive selection of activities so that everyone has the chance to shine and bask in the light of glory.Competitors will need coordination, teamwork and most of all a great sense of humour as they attempt to amass more gold, silver and bronze medals than the opposition!From giant penalty shootouts to synchronised swimming (without the water!)

The Games is a fusion of traditional event styles with some more modern and unusual twists.Prepare your team for the opening ceremony as the excitement builds for this year's ultimate team competition

The first challenge will get the teams' creative juices flowing as they design and make their very own colourful garments with a range of equipment including rolls of bright and funky materials that they will wear with pride!

Imagination and flair are essential when choreographing a routine worthy of a Gold Medal (water not included!). Teams will be provided with fun props and a brief that allows them time to plan, practice then perform an artistic on-land swimming routine with spectators and judges looking on!

Create your own devices from a pile of materials and equipment that will launch a safety javelin as far down the track as possible. Teams compete head to head and will have their distances recorded and scored as they attempt to make the Winners Podium.

Big Goals - Big Hands - Big Balls. It's just Big!! This hilarious activity speaks for itself as each member of the team steps up to the spot to smash this giant 3ft high football past the keeper, who is being controlled by the opposing team! 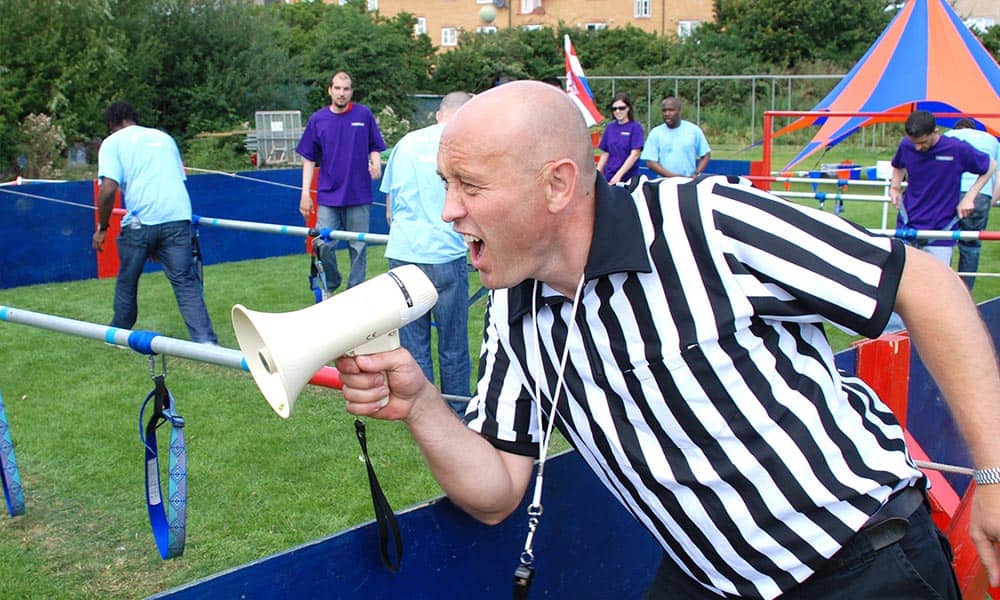 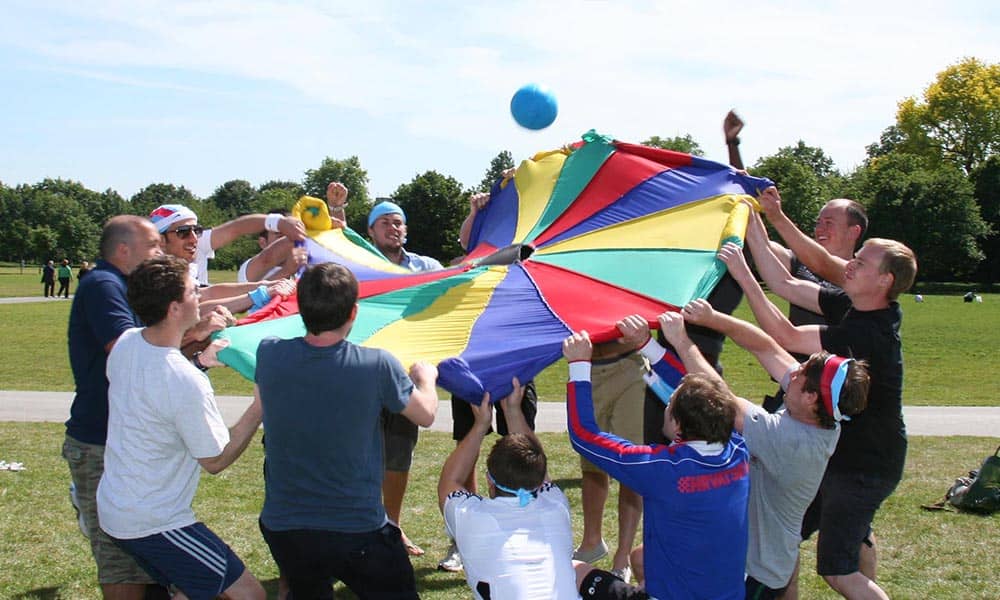 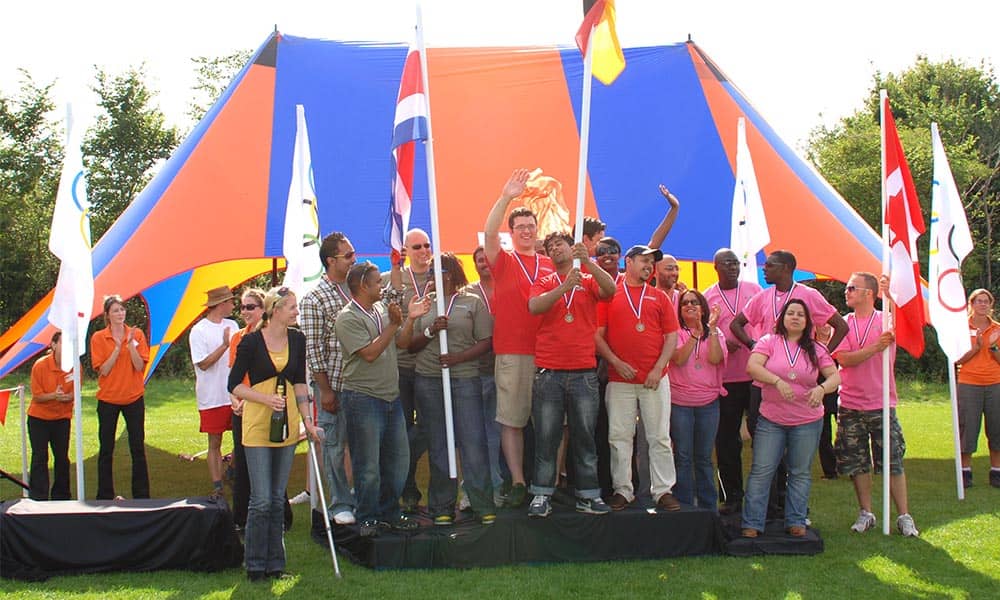