The Rat Trap team building event, create a giant model that works in a chain reaction!

The inspiration for Rat Trap comes from the famous board game mouse trap!

The objective of the event is to build a series of huge contraptions which perform an amazing chain reaction when placed in the right sequence where each device triggers the next in an ingenious way. If teams get everything right the final piece is triggered as the one ton weight drops and the rat gets it (literally). Standing over 6ft high, the structures take inspiration from the iconic style of Monty Python.

Rat trap team building event where groups have to work in unison rather than competition. Teams must use their ingenuity to work out what goes where, and who does what. This means the end result is a representation of their endeavours, resourcefulness and communication. The trick with Trap the Rat is for teams to be conscious of the bigger picture, as each structure has to be built in the right way and be placed in the right position for everything to work. The end result, which started life as a room full of ‘bits’ never fails to inspire groups and show them what they are capable of when they apply a little teamwork and lateral thinking.

Each structure has a definite trigger mechanism to set off another team's structure. When all your structures are built, you need to align them so that once the first is triggered it creates a 'chain reaction' that will ultimately set off the Rat Trap to catch the rat.

Your group will only succeed if you've been able to plan, communicate and work together. The finale is visual and exciting because it represents the joint effort of your whole group. This unites your team. 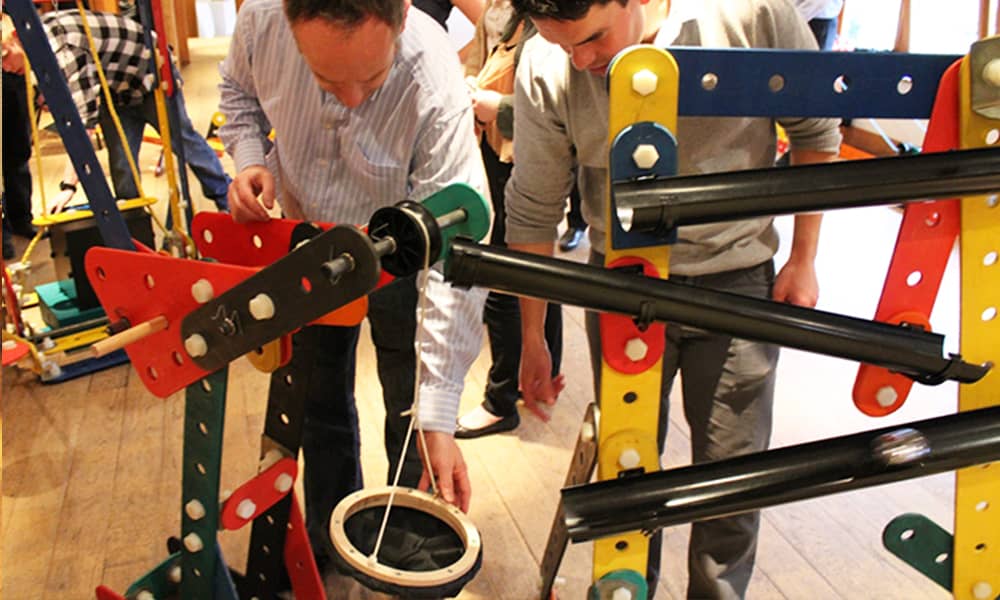 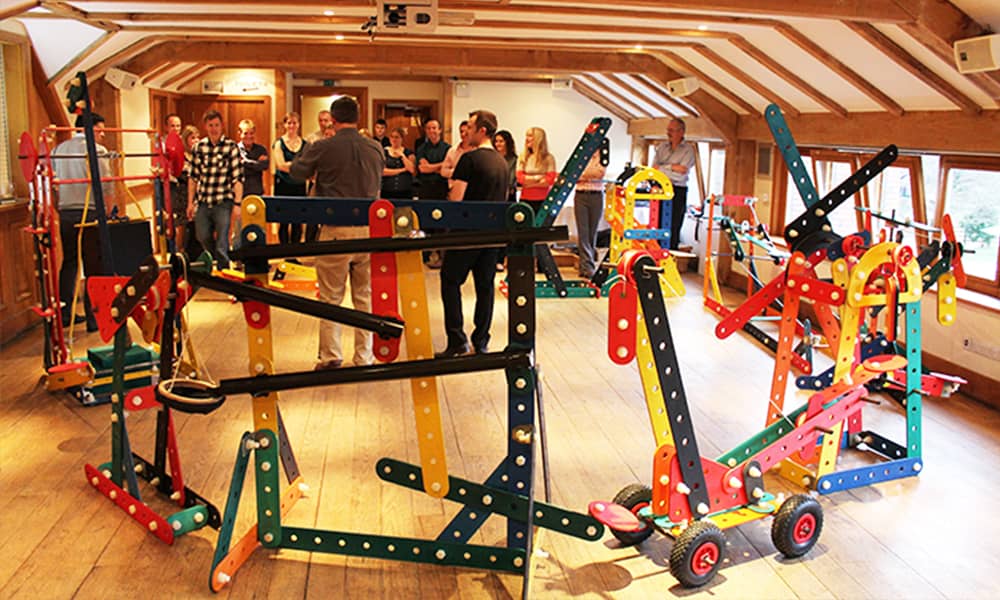 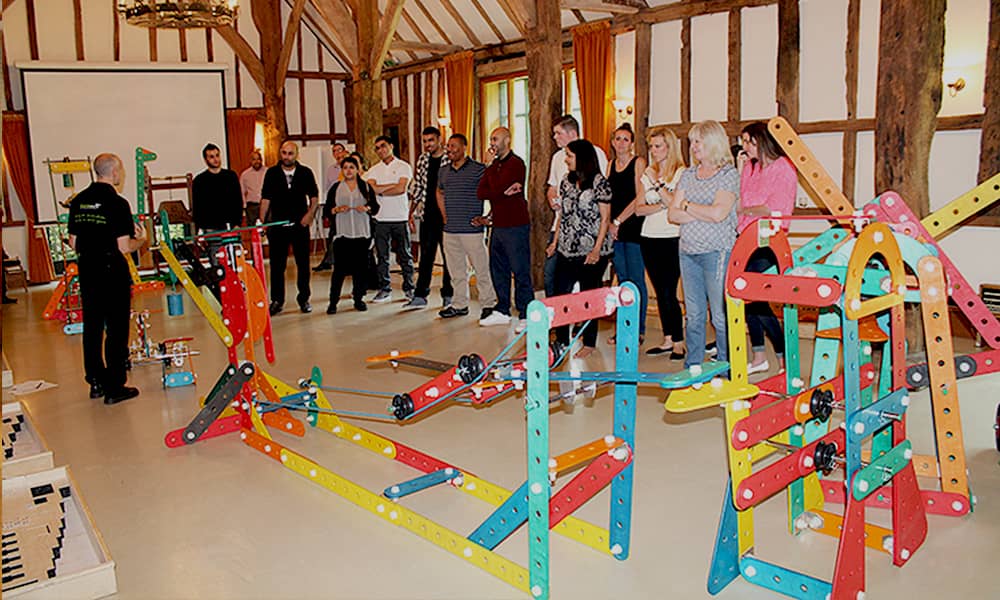 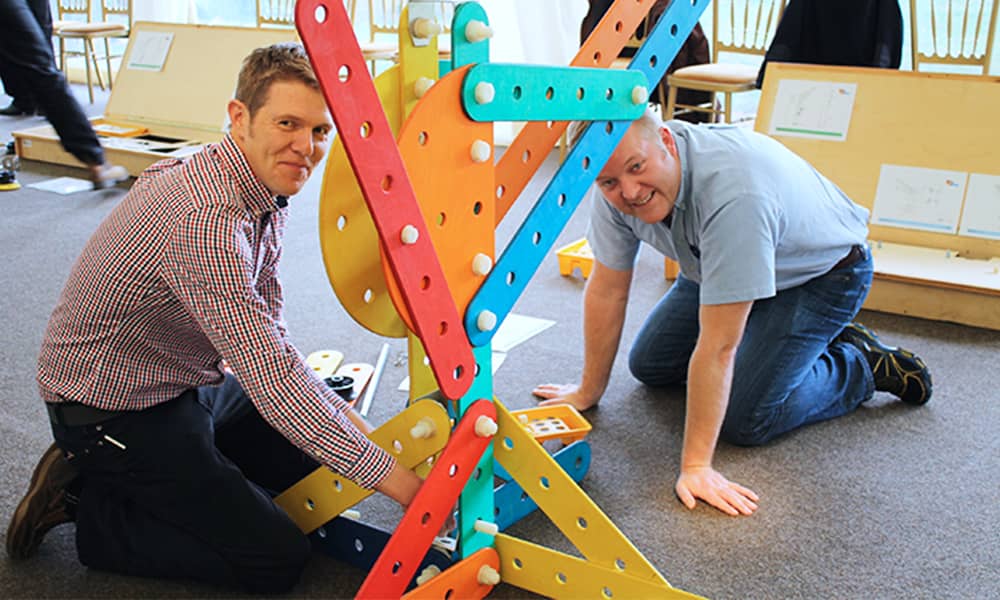