Complete as many of the 30+ challenges as possible

Non-stop activity as teams complete as many of the 30+ challenges as possible. Reminiscent of the 'Crystal Maze' teams choose between Mental, Physical and Mystery games and are rewarded by millions of pounds in company sponsored money.

Challenges are specially selected to entertain the teams and test their brains and wit rather than brawn and intellect; many take place head to head and feature special bonus puzzles for those who finish first or are perhaps slightly less active. The event finishes with a hilarious Great Egg Race finale.

A really popular event which is incredibly flexible as it can be run indoors, outdoors or a combination of both.

The whole team must get from one island to another without setting off the mines. Will all the team members manage to get across with only using two metal bridges?

The team don protective equipment and thinking caps, before trying to restore highly dangerous 'Kraptium 69' to stable amounts, and avert the contamination of Europe!!

The team examine a castle made of foam blocks, then, in total darkness, reassemble another castle - identical in all ways except that this one is ten times bigger!!

The teams must design and then construct a launcher capable of firing an egg as far as possible. On launch eggs often going straight up, backwards or even explode in mid air! 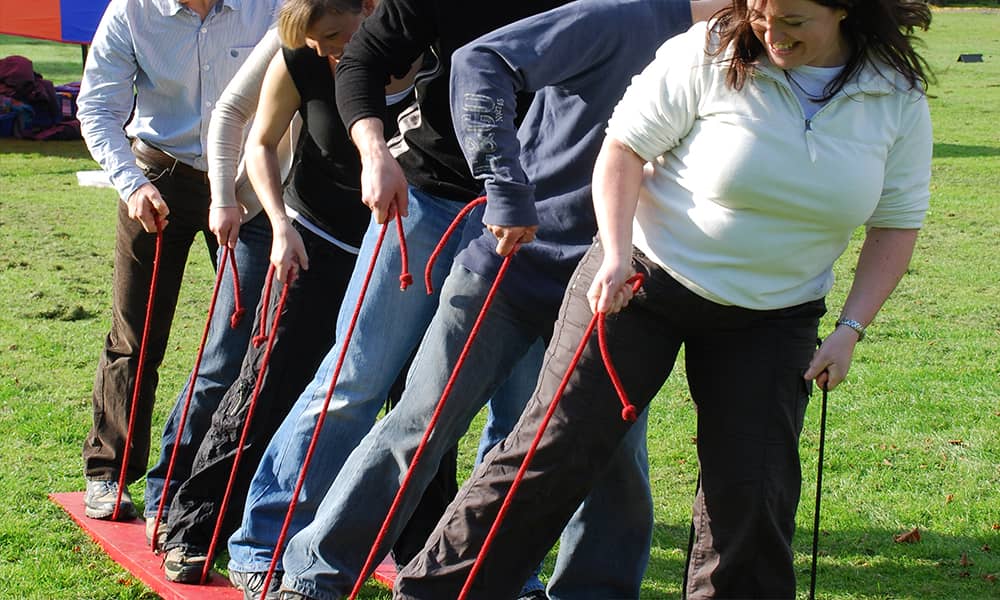 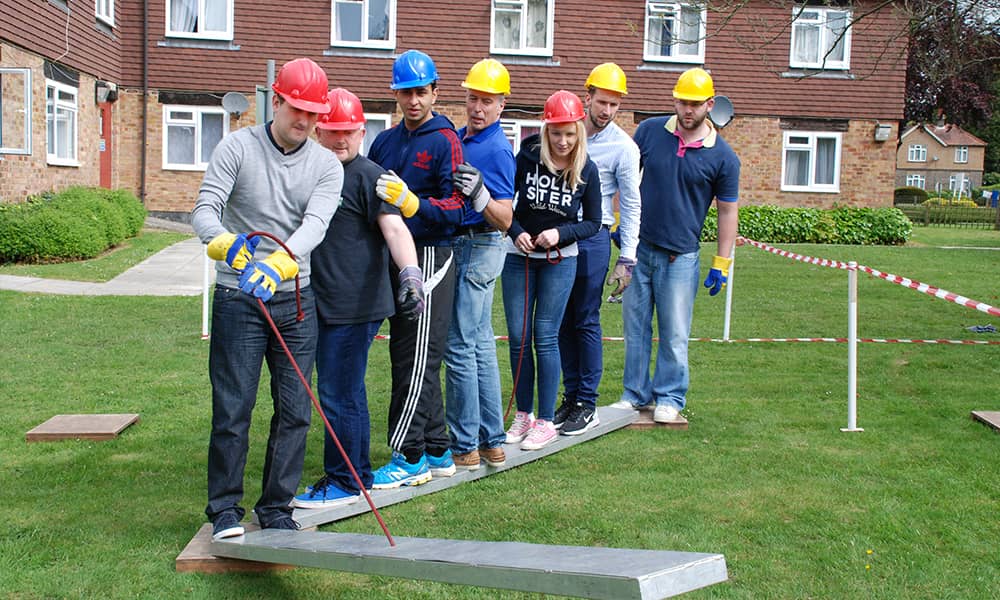 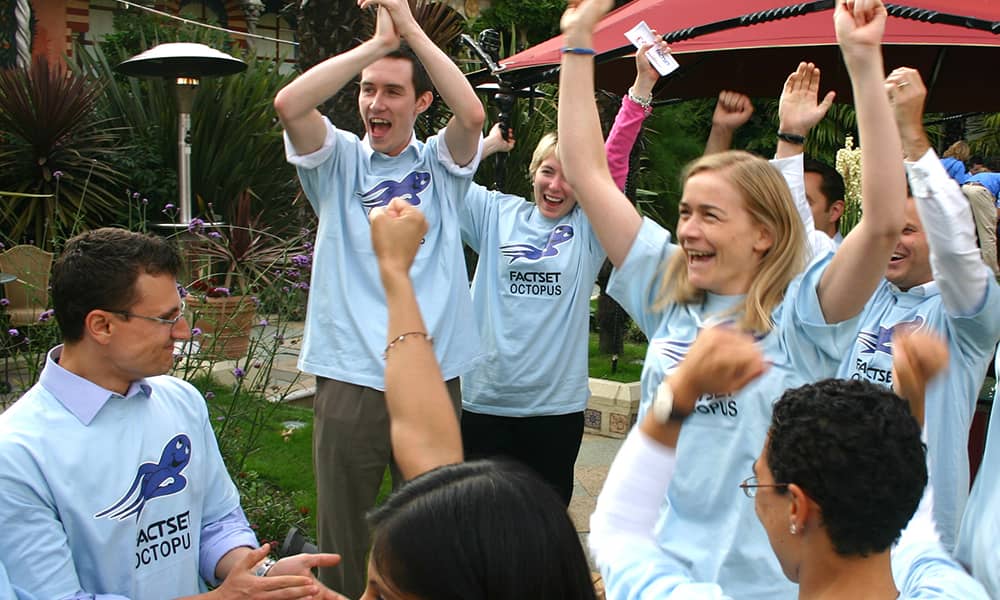