Here are the highlights of the Country Farmers Games:

Get yourselves down to the farm for some fun and frolics in the fields and fresh air!

The West Country is well known for its 'Ooh aar' breed of farmers, driving tractors, drinking lots of rough-brewed cider, and of course singing along with The Wurzels! In these Farmer's Games, you'll take part in a series of It's a Knockout style events, all with a West Country twist!

"Get thee down Somerset for the time of yer life, ooh aar!"

This totally unique and hilarious 'Country Farmers' day out is guaranteed to have you rolling in the hay with laughter. The farmer and his minxy milkmaids and hunky farmboys will take good care of you. The stag or hen will be provided with themed fancy dress, but usually the whole group come kitted out!

After the games, we can guarantee you're going to be gaspin' for a pint of cider and some proper West Country food and there is a stunning on-site restaurant (additional cost). Ooh arr!

The games take place in a fantastic venue just 10 minutes by car from Bristol City Centre, and 30 minutes from Bath.

Pilfer that cheeky pint an' leg it as far as you can before you gets twanged by the bungee! The longer the run the more you score.

A traditional way to sort out our disputes we've 'ad to tone it down. Some bloke with an 'ard hat and clipboard said we can't use proper pitchforks any more. Summat 'bout 'ealth an' safety. So get ready for some podium perched inflatable pitchfork proddin'. Knock 'em off!

The Wurzels 'av had it comin' for years, av' you 'eard Ooh Aar Just A Little Bit? Now's yer chance to dish out some revenge. Armed to the teeth with cider apples you'll be firin' them at the band an' you might get a shot at that pesky Blackbird they sings about.

Yeah but no but smack'er! An epic battle of 'alf-wits this un'. Fat suits an' big burberry 'andbags to batter the life out of eachother. Give yer opponent evils! The most direct hits gets the most points.

A skilled traditional village event, take it in turns to lob a welly boot into a series of targets. We'll make sure they's bin washed after muckin' out the pigs. Accurate lobbin' gets points.

This is real west country skittles, with a wooden alley as yer lanes, and a set of wooden skittles. It ain't that easy tho' as you spin round the pole first. See 'em stagger as they bowl 'em dizzy my babber!

Like Mastermind but the Stag or 'en will be sat on a chair below a gert bucket of Somerset slurry! Can they 'andle the pressure...? 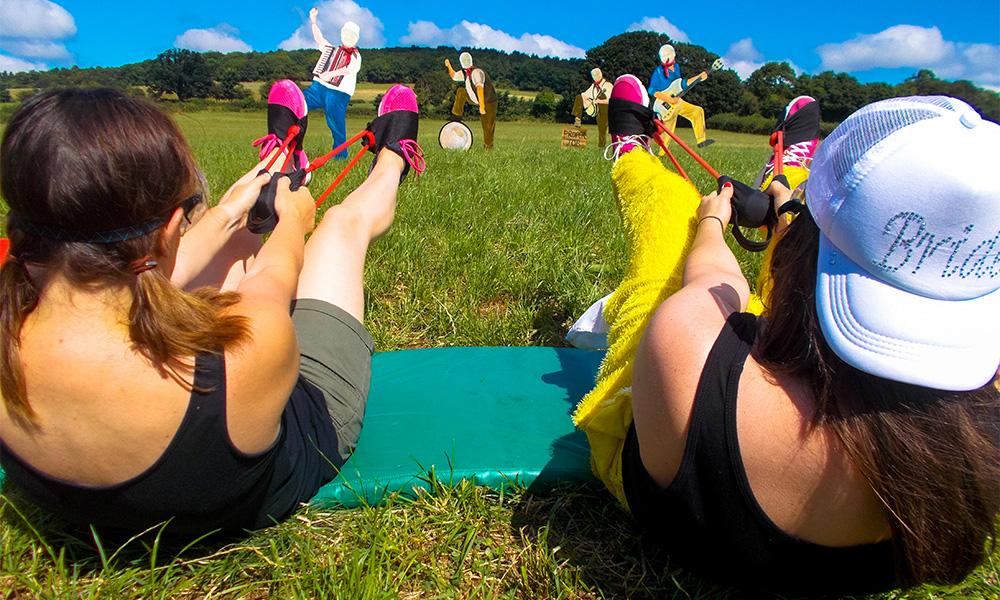 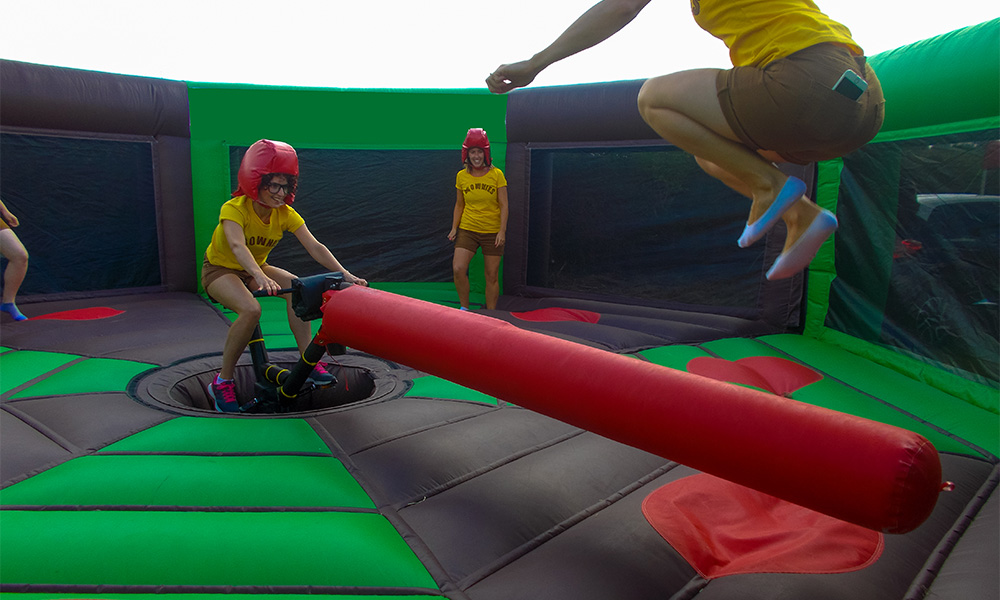